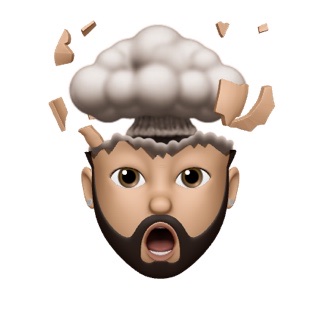 Welcome back to The Thought Renaissance, the only place to get it raw and uncut, like a rainforest that humans haven’t found out about yet. It’s the end of the traditional work week for yours truly, and the conclusion to the very first scheduled week in TTR history.

Keeping with the alliterative titles, we have decided to call Friday’s, “Freestyle Friday’s!” On this day, we here at TTR will post absolutely, positively, whatever the fuck we want. That’s right. We run this day. I imagine this means I’ll see most of you guys back here on Monday, as you’ve already stopped reading, rendering the rest of this post, pointless.

But for the three of you that stayed, you know what really crunches my cogs?!

“You Know What Really Crunches My Cogs” was my attempt at doing an opinion rant in the essence of Peter Griffin’s “You Know What Grinds My Gears.” It was not very well received. But dammit, I’m doing it again.

One thing that’s really been gnashing my nuts is the sheer discourtesy of humanity. You know what I mean. I’m talking about the subhuman scum that appear in a random intervals in your life after you hadn’t seen them in a while. You ask them how they are doing and they reply with only one word— “fine,” completely withholding all the possible fucks they could’ve given about how you were possibly doing at the time. Apparently they don’t give a damn about how you were doing. You’re going to have to share your story about that stray cat you’ve been feeding pot brownies to for the fellows in your “circle jerk” later in the week. People are some real pieces of work, aren’t they?

And it doesn’t stop there. Have you ever been moving about in the grocery store with your little shopping basket, just searching for your condoms, hot sauce, and ice cream, and some window licker decides to walk in your lane, going in the wrong direction? That really squishes my screws! We are taught from a young age that you always use the right side of a pathway (Customary in the USA), leaving the left side for oncoming traffic! But no, Johnny Spongedick’s cerebral gps is telling him to go straight for another sixteen steps before making a left turn in the middle of your damn lap.

But wait, there’s more. Another thing that really springs my sprockets is people that feel the need to touch you at every damn interval of conversation. A typical human exchange should go as such.

Step One: The Greeting.

Initiate subtle human contact as a form of mutual acknowledgment that both you and the second party actually exist. (Insert handshake here.)

And that’s it. You’re done. I shouldn’t have to deal with your “clam slammer” touching my shoulder and wrists and shit. You can keep that hot dog milker to yourself. Palms are basically the asses of the hands. They are forever gross, and I’m certain you’ll end up with a sore throat if you lick one. So I’ll opt out of the deep tissue massage you’re so eager to give me while you tell me that one funny story you have about that thing I don’t give a fuck about.

You know, as I read this rant, I think the real thing that crunches my cogs is the social necessity of disgustingly intimate “human creature” interaction. People are gross. Not you though. You’re alright. Now “Like” this post.

I’m sick as a 360 Heelflip over a parked taxi in the middle of a suburban school yard. My nose is running and I have a really bad cough. So, yeah, don’t touch my palms.